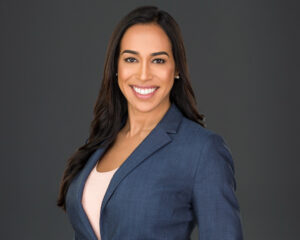 Questions? I am happy to help!

Lizette M. Sierra provides legal representation for clients located all over the world in their U.S.
immigration matters. She advises and assists her clients in all aspects of U.S. immigration law
including naturalization, family-based visas, non-immigrant visas, employment and investment
visas, and labor certifications. She also provides deportation defense for clients in removal
proceedings before the Immigration Courts and the Board of Immigration Appeals.

Ms. Sierra graduated Cum Laude from the University of Miami School of Law in 2003. While
attending law school, she was elected Vice President of the International Law Society and was a
member of the Ad Hoc Court Committee on International Law Appeals. She also received
several awards and acknowledgments for her litigation and negotiation skills. Ms. Sierra also
completed courses in economics and international law at universities in Italy, England,
Colombia and Venezuela. Previously,  Ms. Sierra obtained her Bachelor’s degree with an
emphasis in Political Science and Latin American Studies from Pitzer University College in
California in in 1997.  She subsequently obtained her Master's degree in International Political
Economy from Claremont Graduate University in California in 2000.

U.S. District Court for the Southern District of Florida

U.S. Court of Appeals for the Eleventh Circuit